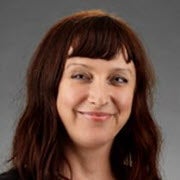 Victoria leads the team of librarians in NoveList’s Book Discovery department, which creates readers’ advisory content in many forms. She began working for NoveList twelve years ago as a cataloger, and over the years has worked closely with her colleagues to provide many innovative metadata access points to aid in answering readers’ advisory questions. Her current role also involves working with the NoveList team members who make our lists, articles, and book recommendations, and she’s excited about some of the projects on the horizon.

After finishing a five-year tour of duty on various literary book award committees, she is now diving back into genre reading -- left to her own devices, she particularly enjoys horror, science fiction, and dark psychological studies of people behaving badly.

Posts by the author