Skip to main navigation
We’ve curated a variety of tips and tools to help libraries make sure every person is counted in the 2020 U.S. Census. 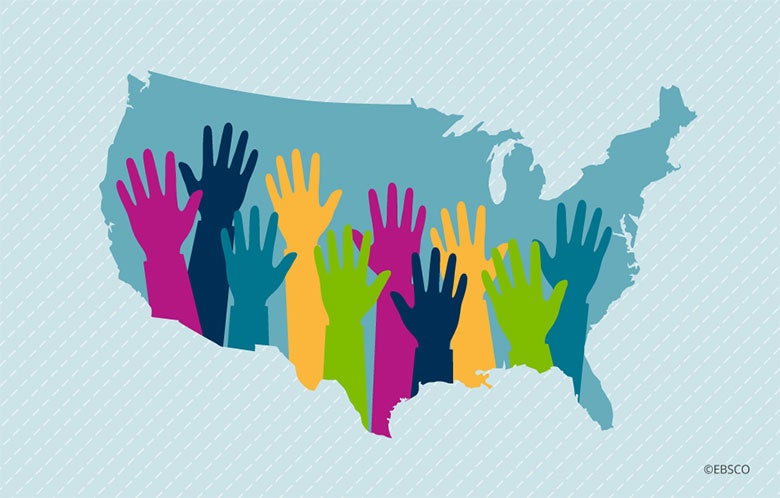 Every 10 years, the federal government counts each person living in the United States and five U.S. territories. In addition to determining how many representatives a state can send to Congress, population data informs how billions of dollars in federal funding are distributed to communities across the country ― money that supports programs impacting education, housing, employment, health care, public policy and libraries.

According to the American Library Association’s Libraries’ Guide to the 2020 Census, “We only have one shot every 10 years to get the census right. If we don’t, undercounted groups won’t get the appropriate level of funding for programs needed in their neighborhoods, and local leaders and officials won’t have the reliable information they need to make decisions.”

As cornerstones for civic engagement and the most-trusted institutions in the country, libraries are perfectly positioned to promote the importance of completing the Census questionnaire (download sample). Here are some tips and resources libraries can use to help make sure every individual is counted.

Getting the Word Out

Although many people will have already completed the Census online or by phone, July through September is a good time for libraries to reinforce the importance of Census completion among residents who lack access to technology and populations that are hard to count, such as refugees, immigrants, people experiencing homelessness, racial and ethnic minorities, and people with low English proficiency.

In its Special Report: 2020 Census, American Libraries magazine shares how libraries can leverage technology and networks to support an inclusive count and expand their reach. This includes hiring contract census specialists to help engage community members and bringing mobile Wi-Fi to rural areas and disadvantaged neighborhoods. During the COVID-19 pandemic, libraries may consider offering Census help as part of their phone reference services. (Find additional tips here). Libraries with LibraryAware can search “census” to find templates to help them get the word out, including widgets to post on social, event flyers, infographics and digital signage. (Download a free sample widget here.)

The U.S Census Bureau offers a Census 2020 Recruitment Toolkit containing information about the census as well as social media guidelines, downloadable graphics, tips, sample posts and sample e-mail messages that can help libraries reach out to people in their communities. Librarians will also find fact sheets in dozens of languages and contact information for Complete Count Committees, many of which are partnering with libraries to increase engagement. Keeping tabs on Census self-response rates is easy, so librarians can know how their states are doing.

As cornerstones for civic engagement and the most-trusted institutions in the country, libraries are perfectly positioned to promote the importance of completing the Census questionnaire.

Because they are trusted institutions, libraries can help dispel myths and alleviate anxieties surrounding the Census, especially among undocumented immigrants, those who mistrust the government, those who don’t see themselves represented in questions about gender or race, and those who are reluctant to share personal information online.

Julie Dowling, associate professor in the department of Latina/Latino studies at the University of Illinois at Urbana-Champaign, recommends that librarians advise people to check the box for “Some other race” and include their answer in the space provided. “The more people check ‘other,’ the more the need for other options will be seen,” Dowling says.

In 2018, Sen. Kamala Harris introduced the Census Equality Act which, if it becomes law, will require sexual orientation and gender identity questions be added to Census forms by 2030. In the meantime, the National LGBTQ Task Force recommends that respondents who identify as trans, nonbinary or intersex choose the gender response that “feels most comfortable.”

Even though the citizenship question is not asked on the Census, many vulnerable populations fear that filling out the Census will somehow result in deportation. Others worry that their personal information might be shared with other agencies. Libraries can help to reassure citizens that the U.S. Census Bureau is bound by law to protect their privacy.

Once Census data is published, it is accessible to anyone. Libraries can use community data to make more informed decisions about collections, staff and programming.

“Data literacy allows people to understand and analyze information and use it to learn about their communities, tell stories, and make arguments in professional and public contexts for services and funding,” writes Emily Udell. “It can be an important tool for professional development and civic engagement.”