Skip to main navigation
Inspire the next generation of innovators by starting a coding club in your library. Here are a few tools to help you get started with coding. 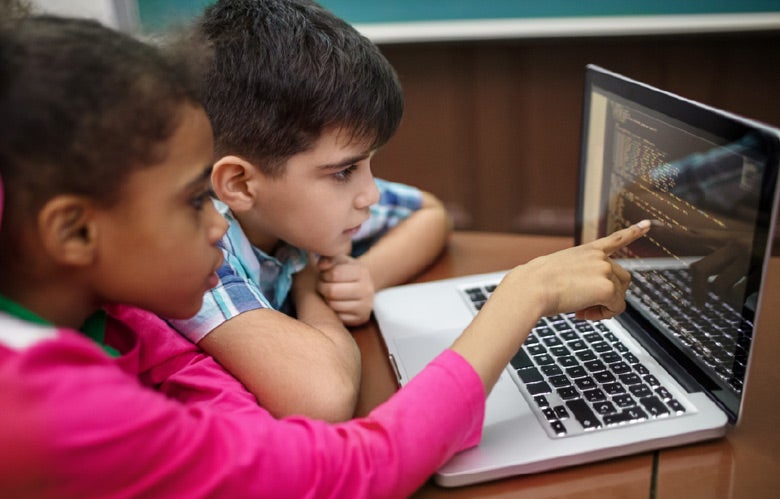 Educators can help students become college- and career-ready and inspire the next generation of innovators by placing more emphasis on the connection between technology and learning, leveraging skills such as coding. Experts suggest that early exposure to the foundational skills needed for success in the STEM fields — such as the ability to solve problems — may help lead students down the path toward careers such as computer science and engineering. For several reasons, however, only a small percentage of American students are currently pursuing careers in the technical fields.

First, not all K-12 schools offer STEM classes, such as computer programming, because there is a shortage of qualified teachers to lead them. In addition, access to STEM resources varies based on students’ socioeconomic status, gender and ethnicity. It is well-documented that minority and female students are less likely to pursue STEM careers than their white male counterparts. Finally, according to a Pew Research Center study, half of Americans believe young people do not pursue STEM because the subject matter is too difficult.

The earlier young people are exposed to technical subjects, the better. “A consensus is growing that youth start in early adolescence to think concretely about their futures and these early thoughts impact how young people prepare for their chosen careers” (Martin, 2017, p. 48). In the absence of formal opportunities for STEM learning in K-12 schools, libraries — both school and public — are perfectly poised to provide that much-needed early exposure and support.

“One great equalizer in society in terms of knowledge and resources is libraries,” writes Daniella LaShaun Smith, Ph.D. “Libraries provide access to information and tools for individuals who might not otherwise have the resources or the means to acquire such resources on their own” (Smith, 2018, p. 13).

A fact sheet from the American Library Association shows that there are more than 9,000 public libraries (administrative units) and nearly 94,000 school libraries in the United States that could potentially bridge the gap and “create meaningful opportunities for youth to be exposed to and excel at computer science” (Martin, 2017, p. 48). Schools unable to offer formal computer science classes can still expose students to programming by offering after-school code clubs in the library. Public libraries can also host after-school coding programs targeting children, tweens and teens.

In addition to giving students the confidence to pursue careers in the STEM sciences, “Coding programs can be a great opportunity for the participants to learn skills that are vital in the twenty-first century, but also provide opportunities for young people who help with the programs to develop career-readiness skills, such as responsibility, agency and leadership (Martin, 2017, p. 49).

In the absence of formal opportunities for STEM learning in K-12 schools, libraries — both school and public — are perfectly poised to provide that much-needed early exposure and support.

Librarians looking to start code clubs have a variety of free and paid resources to choose from.

For more coding resources, check out this list from the American Library Association’s Libraries Ready to Code team. The file includes links to the resource, a description, target age range and cost.