Skip to main navigation
Indian Trails Public Library District in Illinois was one of two recipients of the 2017 EBSCO Solar grant. Find out about their story and their advice for libraries looking to apply for this year EBSCO Solar grant. 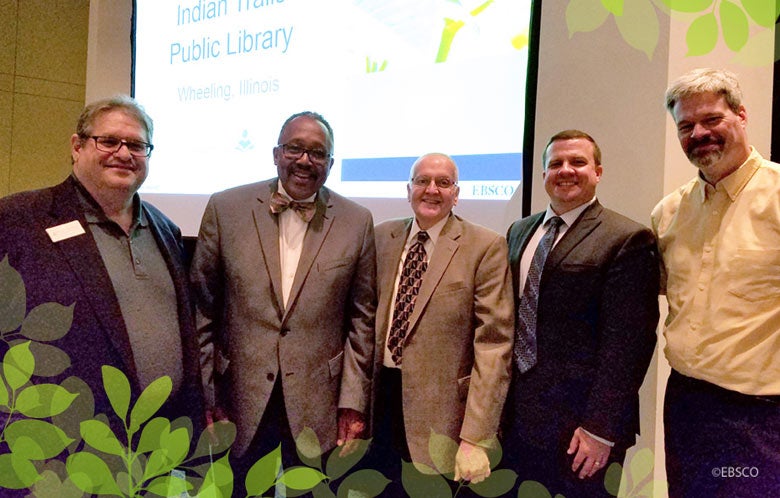 In 1979, YMCA was the anthem at discos, Sigourney Weaver was battling monsters in Alien and every reference librarian’s favorite game, Trivial Pursuit, hit the shelves. It was also a time marked by energy shortages with large spikes in crude oil, making gas expensive and electricity cheap. Against this backdrop, the Indian Trails Public Library District (ITPLD) started construction on a new building for the 67,000 residents it served in the northwest suburbs of Chicago.

Prior to 2016, ITPLD had gone through two major building projects: the all-electric 30,000-square foot new building in 1979, and a 15,000-square foot expansion in 1998. Due to budget constraints, both projects opted for an electric HVAC system. The result was a stunningly energy inefficient building with a high cost for heating, particularly during the long and cold Midwestern winters.

In 2015, ITPLD was once again planning an expansion and renovation of its facility, but this time, energy efficiency and green technology were at the forefront of our planning. We planned to replace the roof to improve insulation, convert all lighting to LED and add a geothermal-based HVAC system with natural gas boilers to reduce our overall energy consumption. We also considered other alternative energy sources, such as solar panels, to further reduce our electric utility bills.

In 2016, we applied for a grant offered through EBSCO to support solar initiatives. We were intrigued by the opportunities we could pursue through the grant, so staff began working on program ideas and with our engineering firm on preliminary details for installation. We weren’t chosen for a grant in 2016, but we were not deterred!

The work spent updating and refining our proposal paid off and we were notified that we had been selected as one of two recipients for this year’s $100,000 grant.

By 2017, we were close to finishing our new building and we saw that EBSCO was not only offering the grant opportunity again, but had generously expanded it to provide more funding for programs. By now, our experience through the recent construction project, along with a clearer vision of what we wanted the building to be, was well-formed. Staff were eager to provide learning opportunities about solar energy for our members. In June, the work spent updating and refining our proposal paid off and we were notified that we had been selected as one of two recipients for this year’s $100,000 grant to install a solar array to our rooftop.

Planning for our solar project is well underway, with installation of our solar array expected in early 2018. Our community has shown tremendous interest in this project and we intend to document the process and share regular updates once we get started. Programming has already started when the library hosted the Illinois Solar Energy Association’s Solar House in August of 2017.

If you’re thinking about applying for the EBSCO Solar grant in 2018, here are some things you might want to consider: