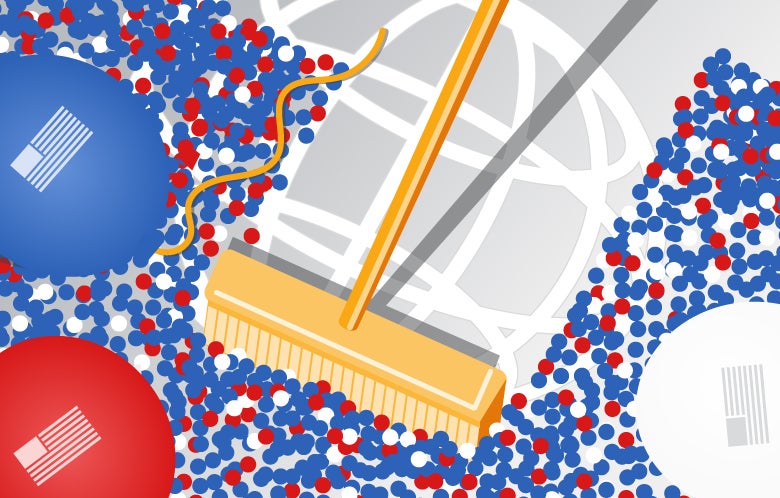 Now that Joe Biden has been declared the winner of the U.S. presidential election by several major news organizations, we here at World Politics Review (WPR) are increasing our focus on how U.S. foreign policy is likely to change.

A Biden administration will certainly seek to repudiate much of President Donald Trump’s approach over the past four years, which was itself a radical break from the broad consensus that historically guided U.S. foreign policy. But is a restoration of the United States’ global role from before Trump’s time in office even possible? And are there aspects of Trump’s approach that may be worth keeping? What are the risks of embracing old ideas as solutions for today’s — and tomorrow’s — problems? Our editors and analysts continue to examine these questions and more as we cover the transition from the Trump to Biden administrations.

Because Donald Trump’s “America First” foreign policy has marked a stark departure from the United States’ traditional posture abroad, examining the current state of the U.S. role in the world can be a useful way to understand how U.S. foreign policy over the next four years will contrast with the previous four.

Analysts of global affairs often use the term “liberal world order” as shorthand to describe a set of international rules, institutions and agreements that shape the way countries around the world, and in particular the United States and its historical allies, interact with one another. Many of the international institutions and agreements that shape this order were created after 1945 as a reaction to the tragic toll of two world wars during the first half of the 20th Century. The idea was that better international cooperation, and a set of rules and bodies to govern it, could help avoid future conflict on such a scale.

This system was in large part created and led by the United States, and its existence has usually furthered U.S. interests. The “liberal” values that the order is supposed to underpin internationally include such things as democracy, human rights, free trade in goods, and also the free flow of people and ideas that characterize globalization, which nearly two-thirds of Americans say is “mostly good” for the United States. Trump, however, is not among globalization’s proponents.

“Once in office, Trump took aim at ‘globalism,’ as he calls it,” WPR columnist Stewart Patrick wrote on Nov. 2. “He repudiated the Trans-Pacific Partnership, what would have been the world’s biggest free trade agreement; renegotiated a more restrictive version of the North American Free Trade Agreement with Canada and Mexico; launched trade wars against China and America’s allies in the European Union; and laid siege to the World Trade Organization.”

The Trump administration further set out to significantly curtail immigration and U.S. refugee admissions, and more recently has attacked the World Health Organization during the COVID-19 pandemic. As evidence of the changed world that Trump has helped bring about, Patrick contrasts the international pandemic response to the response to the global financial crisis 12 years ago:

"In 2008 and 2009, both established and emerging economies together took dramatic, coordinated action in the face of a shared threat, thanks in large measure to Presidents George W. Bush and Barack Obama. The global response to COVID-19 has been very different. National governments have repeatedly bypassed opportunities to forge collective action within the U.N. Security Council, G-20 and the G-7."

In addition to shunning collective action with other states, Trump often went out of his way in his rhetoric to be critical of traditional U.S. allies while seeming to embrace authoritarian leaders like Kim Jong Un in North Korea, Vladimir Putin in Russia, Recep Tayyip Erdogan in Turkey and Xi Jinping in China.

We can be certain that a Biden administration would take a less nationalist and more cooperative posture toward the rest of the world.

Biden is likely to completely reverse course on a number of Trump administration decisions pertaining to global cooperation and adopt a much more “multilateralist” foreign policy. On climate change, for example, Biden has announced his intention for the U.S. to rejoin the Paris Climate Accords; on global health, he plans to rejoin the World Health Organization; and it’s likely a Biden administration would “restore the global promotion of human rights as a centerpiece of U.S. foreign policy,” as Patrick wrote in WPR on Oct. 26.

But it would be too easy to assume that the Biden presidency will simply see a return to the pre-Trump status quo in U.S. foreign policy and it would stretch credulity to characterize that status quo ante as worth wholly embracing without significant reform. In fact, many observers view Trump’s “America First” approach to U.S. foreign policy as a symptom rather than a cause of the American public’s dissatisfaction with the United States’ recent conduct in the world.

“In this version of Trump’s rise, he may have fanned the flames, but the fires of public resentment were already burning fiercely — brought on by 9/11, the failed wars in Iraq and Afghanistan, the 2008 financial crisis and the achingly slow recovery that followed it,” Edward Alden wrote in World Politics Review in October. “These setbacks all came in the context of an economy reshaped by technology and globalization, in which the winners in American society had sped away from the losers.”

The economic and social effects of the Coronavirus pandemic will make it even more difficult for the United States to return to its traditional role in the world without conceiving of foreign policy as intimately intertwined with efforts to rebuild at home, and without a recognition that global power has its wellspring in domestic strength and prosperity.

So what might the Biden administration keep from Trump’s foreign policy approach? WPR Editor-in-Chief Judah Grunstein cited four aspects in a July column. “In its eagerness to close the book on the Trump era, the next administration would do well to avoid throwing them out with the rest of the Trump playbook,” Grunstein wrote.

In August, WPR columnist Howard French similarly warned of the need for a President Biden to update U.S. foreign policy for the current environment. “Not enough attention has focused on the risks that come with embracing comforting old ideas as solutions to the problems of today and tomorrow,” French wrote. “Nowhere is this more apparent than in foreign policy.”

French called on the next U.S. president to change the geographic focus of U.S. foreign policy to reflect the realities of the world’s evolving economic and demographic realities. While U.S. foreign policy focuses excessively on Europe and the Middle East, the continents of Africa and Asia are more likely to be the center of tomorrow’s biggest opportunities and most pressing challenges.

“A remarkably rapid shift is taking place in the composition of the human race... and alongside it, a similar shift in the generation of new wealth,” French wrote. “The latter is increasingly produced not in the North Atlantic, or the Middle East, for that matter, but in East Asia. Over the next several decades, the marginal growth in the human population, meanwhile, will be substantially concentrated in Africa, with Asia coming second.”

When Joe Biden takes the oath of office on Jan. 20 as the 46th U.S. president, he will face many daunting challenges. The task of defining a U.S. foreign policy that comports with American values while responding to today’s pressing global challenges may not be the most immediate among them, but in the long run, it will affect not only hundreds of millions of Americans, but billions of people around the world. At World Politics Review, we will continue to examine U.S. foreign policy as one aspect of our comprehensive coverage of every region of the globe, and of the world’s most important trends.