Skip to main navigation
In honor of her 200th birthday, explore how the visionary teachings of Florence Nightingale, the Lady with the Lamp, paved the way for modern nursing. 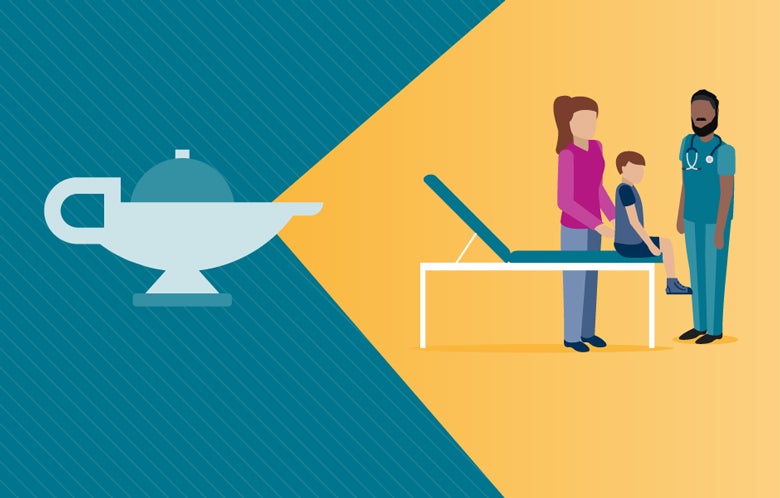 Today marks the 200th birthday of the founder of modern nursing, Florence Nightingale. In honor of this momentous occasion, the World Health Organization had designated 2020 as the Year of the Nurse and the Midwife. Rising to public recognition through her trailblazing efforts in the Crimean War, Florence Nightingale went on to establish the world’s first nursing school and laid the groundwork for modern nursing practice through her research, writing and teaching. To pay tribute to her and all the remarkable nurses to follow in her footsteps, here are a few ways her teachings have shaped the modern nursing profession.

Arriving at the frontlines of the Crimean War in 1854 at the bequest of Sidney Hebert the British Secretary of War, Florence Nightingale and her team of 38 nurses were shocked by the conditions the wounded soldiers were being treated in. There was a severe lack of medical supplies, congested quarters for the wounded and sanitation was nonexistent. More soldiers were dying from infectious diseases like cholera, typhoid, typhus and dysentery than from battle wounds. According to a biography.com article, “Nightingale and her nurses went to work, scrubbing every inch of the facilities, insisting on regular bathing of patients and frequently changed, fresh linens from a newly established laundry.” In addition, Nightingale pushed the British government to purchase gravely needed bandages and soap and took to tackling the poor ventilation and sewage systems of the hospital facilities. In just six months of implementing hygiene protocols, the mortality rate dropped by forty percent. Nightingale’s pioneering spirit is echoed today with nurses leading the charge when it comes to infection control and is underscored by the tremendous efforts of frontline nurses working during the COVID-19 pandemic to prevent the spread of the disease.

Nightingale’s pioneering spirit is echoed today with nurses leading the charge when it comes to infection control and is underscored by the tremendous efforts of frontline nurses working during the COVID-19 pandemic to prevent the spread of the disease.

Driven to Establish Nursing as a Highly Respected Profession

When she returned from war, the British government was so grateful for Nightingale’s contributions they established the Nightingale Fund. A sizeable portion of the fund was used by Nightingale to create the Nightingale School of Nursing at St. Thomas’ Hospital in London. The school opened in 1860, becoming the first secular nursing school in the world, and is still in operation today, educating the next generation of nurses. Nightingale’s model was replicated serving as the foundation for nursing schools worldwide. A recent Forbes report shows that nursing is revered as the most trusted profession in the United States and we can’t help but feel this is partly due to Nightingale’s foundational teaching.

At EBSCO, evidence-based practice is core to our mission of providing healthcare professionals with the trusted information they need when, where and how they need it to deliver exceptional patient care. Our products are based on a strict evidence-based methodology and aim to support healthcare practitioners in their efforts to provide case based on current best practice.

Evidence and data were also core to Florence Nightingale and her philosophy on nursing care.  Throughout her service in the Crimean War, Nightingale continuously collected data and evidence to prove her theory that the death toll was associated with poor conditions and hygiene. When she returned to England after the war, she completed an extensive study using that data which was presented to Queen Victoria and Prince Albert and resulted in the formation of the Royal Commission to improve that health of the British Army.  In 1858, she was elected as the first woman member of the Royal Statistical Society. Nightingale continued the pursuit of evidence throughout her career and thanks in part to her vision, evidence-based practice and the use of nursing sensitive outcome measures is now core to the nursing profession.

As we close out National Nurses Week, International Nurses Day and continue celebrating the Year of the Nurse and the Midwife, we would like to honor Florence Nightingale, the Lady with the Lamp and all of the women and men who followed in her footsteps and say thank you. Please take a moment to watch this brief video as EBSCO team members express just how amazing we think you are. Thank you for your selfless efforts to provide exceptional care every day and know that we are thinking of you in these uncertain times. 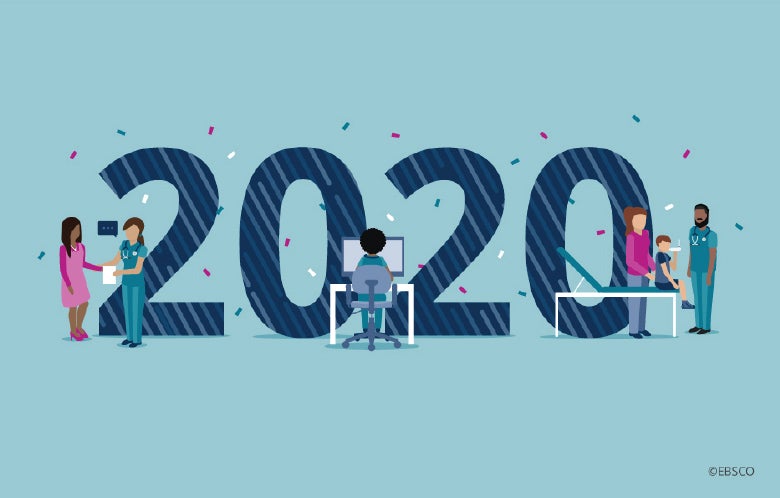 Ringing in the Year of the Nurse and the Midwife 2020

The Quadruple Aim: Hitting the Mark for Improvement