Skip to main navigation
With millions of people around the world vaccinated with an mRNA-based vaccine for COVID-19, here’s a sneak peek into the body to see how they work. 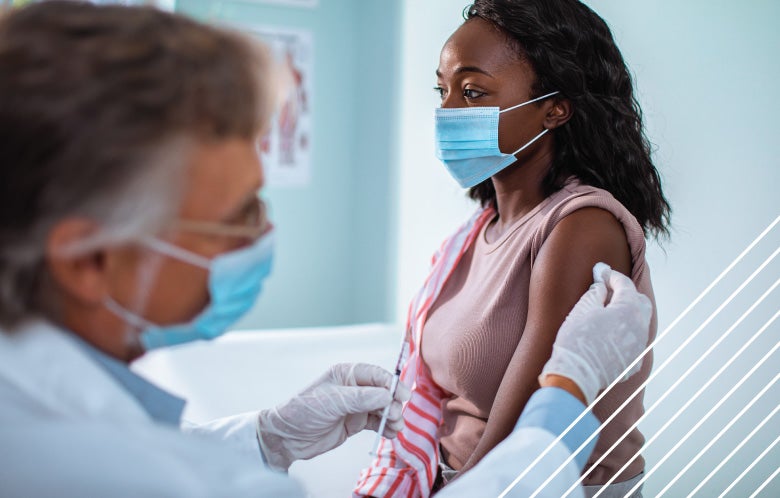 Messenger RNA (mRNA) vaccine technology has been available for some time, but only recently have any mRNA vaccines been authorized for use. As such, patients and healthcare providers have many questions about how they’re made and how they work.

First, while it’s more likely that people are familiar with DNA, which encodes all our genes, people may be less likely to remember mRNA from high school biology. DNA is often thought of as the blueprint of the cell and proteins are the materials that make up the structure. With this common analogy, mRNA is like the instructions that come from the interpretation of the blueprint to make all the structural components. Each gene in DNA is transcribed into an mRNA message in the nucleus of the cell. Then the mRNA message travels to the cytoplasm to be translated into protein by a ribosome. Afterwards, the mRNA message is degraded.

Years of research have gone into understanding how to make stable mRNA and encapsulate it into lipid nanoparticles for delivery into cells. While research in this area continues to evolve, this knowledge was available at the start of the COVID-19 pandemic. So, in order to make an mRNA vaccine for COVID-19, all that was needed was the genetic sequence of the target antigen on the pathogen. For SARS-CoV-2, this was the spike gene. Shortly after the genetic sequence of SARS-CoV-2 was determined in January 2020, companies specializing in mRNA technology including BioNTech and Moderna started making mRNA vaccines for COVID-19.

The only active ingredient in both mRNA vaccines is the mRNA itself. Importantly, mRNA cannot alter cellular DNA because it never enters the nucleus where the DNA resides. The mRNA vaccines also contain lipids, which protect the mRNA and help it get into cells, as well as salts, sugars, and buffers for stabilization. While the specific lipids and stabilizers differ between the vaccines, both mRNA vaccines have been found to be safe, with overall anaphylactic reactions in fewer than five cases per million doses. 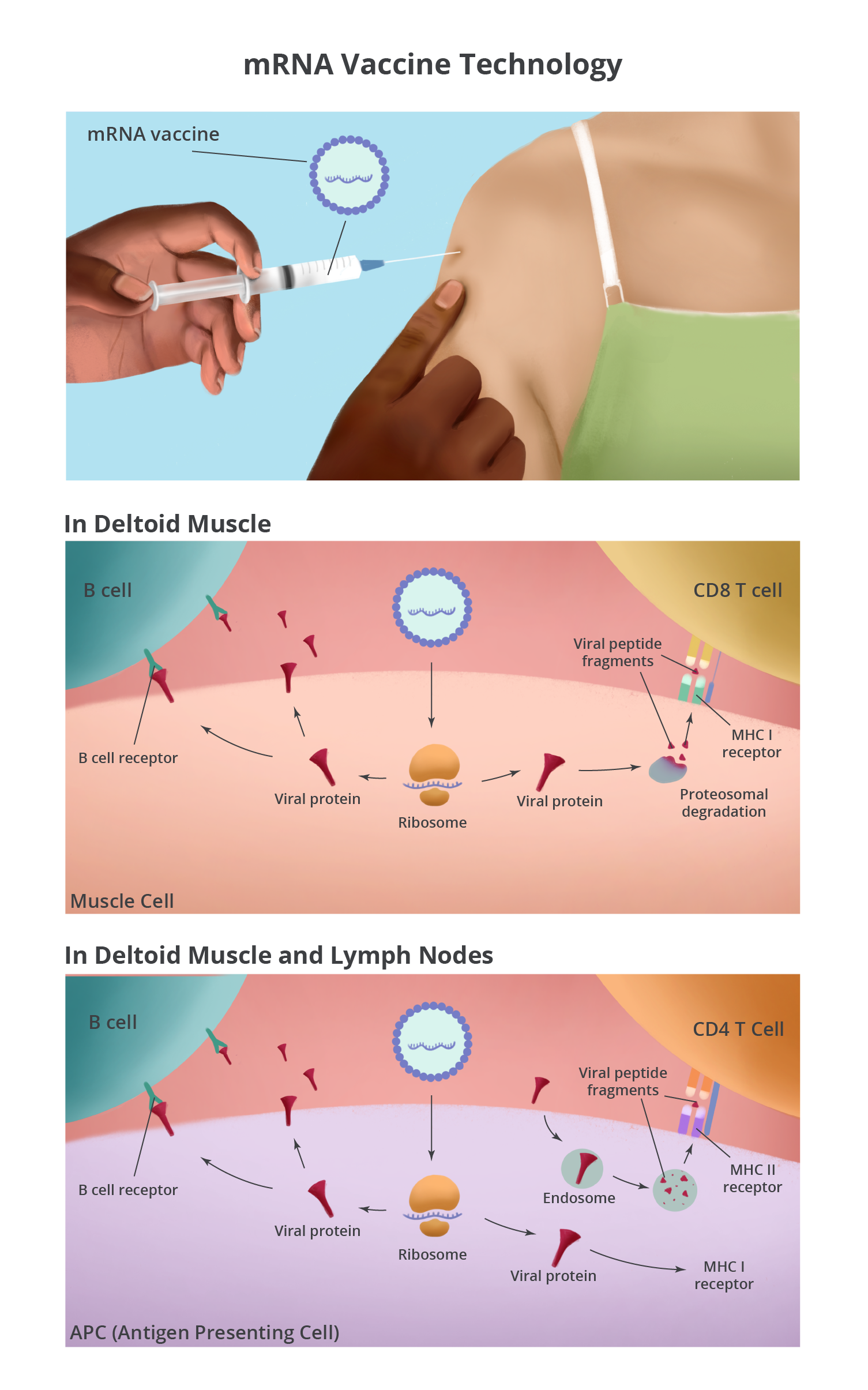 Both mRNA vaccines are injected intramuscularly into the deltoid muscle of the arm. Because of the hydrophobic nature of the lipid nanoparticles, they are attracted to cell membranes. Once the lipids are associated with cells in the muscle, the mRNA is released into the cytoplasm of the cell. In the cytoplasm, the vaccine mRNA does what cellular mRNA does: gets translated by a ribosome into protein – in this case, the SARS-CoV-2 spike protein. Muscle cells around the injection site make lots of spike protein, which can be detected by immune cells in the tissue.

The injection site is a puncture wound and a bolus of fluid has been injected into the tissue. Together, these cause cellular stress that alerts the immune system of a possible issue. Additionally, the mRNA itself is thought to stimulate an inflammatory reaction that kicks off the immune response. This inflammatory and stress response attracts immune cells into the muscle, which can lead to pain, swelling, and redness of the arm at the injection site.

Antigen presenting cells (APCs) are one type of immune cell that gets attracted to the site. The mRNA vaccine can enter APCs and make spike protein (the same way it does in the muscle cells) and stimulate B cells and CD8 T cells. APCs also play another pivotal role in initiating the immune response by picking up extracellular proteins, dead cells, and debris at the injection site. They break down the proteins, including the spike protein, and present peptide fragments to CD4 T cells. Furthermore, APCs are not static. They take antigens from the injection site to the local draining lymph nodes where they have a greater chance of encountering B cells, CD4 T cells, and CD8 T cells with receptors that can recognize the spike protein.

When antigen-specific lymphocytes are activated, they undergo proliferation and differentiation from naïve cells to effector cells. The primary function of effector B cells is to make antibodies, which come in different varieties and perform distinct tasks. An important function of antibodies generated after vaccination is neutralization (binding up the virus and blocking it from infecting cells). Effector CD4 T cells are capable of a wide range of functions, from helping B cells make the most targeted antibodies to quelling the immune response. Effector CD8 T cells are often known as cytotoxic T cells because they survey the body and eliminate infected cells. Sometimes all this immune activity can cause systemic symptoms such as fever, fatigue, and muscle aches. This is a normal response known as reactogenicity after vaccination and is more common after the second dose of mRNA vaccine.

The most important consequence of vaccination is that some effector cells persist and retain memory of the SARS-CoV-2 spike protein (these cells are called memory B cells and memory T cells). If a vaccinated person is infected with SARS-CoV-2, circulating antibodies can bind up the virus, and the memory B cells and memory T cells initiate a rapid and strong response to clear the virus. For the mRNA vaccines, this response can prevent symptoms in about 95 percent of people and prevent severe COVID-19 and death in 100 percent.

mRNA vaccines may be a new technology, but they have been subjected to the same evaluation in clinical trials as other vaccines have previously. The more rapid authorization and distribution of a COVID-19 vaccine within one year was possible for a few reasons. First, many years of research on common cold coronaviruses, as well as SARS and MERS viruses were instrumental in understanding that the spike protein would be a key target for vaccination. Second, the need was so immediate that many companies initiated clinical trials at the same time they were doing preclinical studies, at great financial risk. Finally, because COVID-19 is so widespread, determining vaccine efficacy did not take as long as it had for other vaccines that prevent less-common infections.

Now that hundreds of millions of people have been vaccinated worldwide, it appears that mRNA vaccines to COVID-19 are both safe and effective and will be a key weapon in the arsenal to end this pandemic. 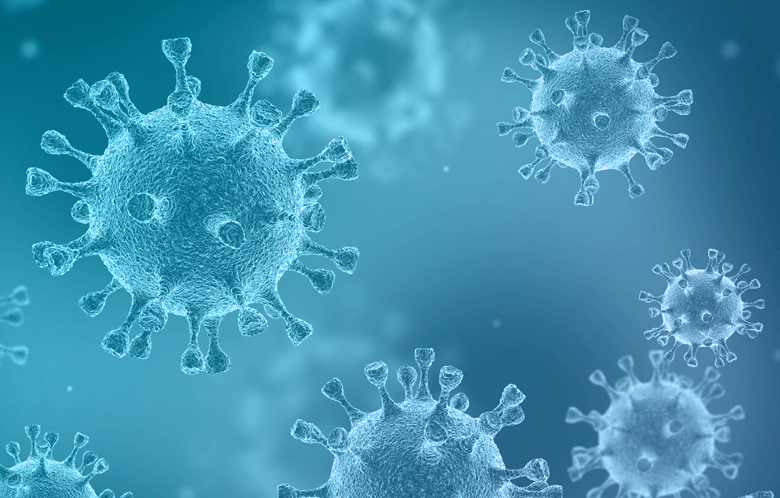 The Clinical Impact of SARS-CoV-2 Variants 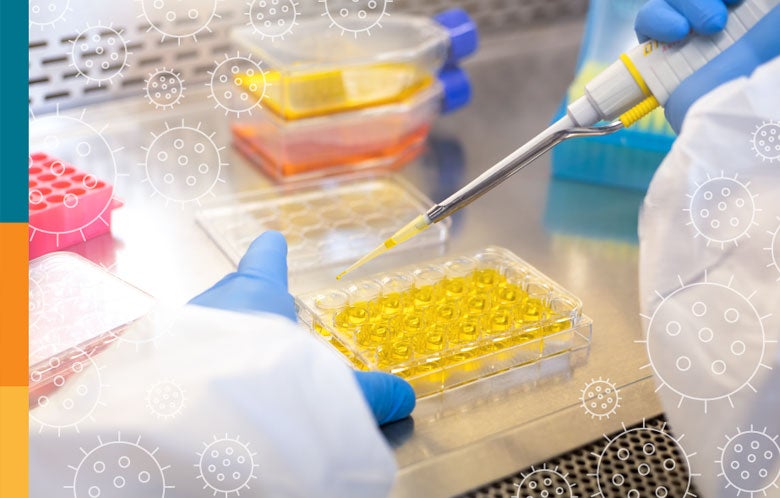